The New Renoworks Pro for Contractors is Here. Click to Learn More.

Subsequent Events
On January 6, 2017 the Company announced closing of a $1.1 million private placement to strengthen the Company’s balance sheet, fund business/product development and its strategic partnership with Remote Sales Force.
Doug Vickerson, CEO of Renoworks, stated, “We accomplished many goals we set out to do in 2016 and these financial results demonstrate the good growth we are seeing in our business. Our revenues hit record highs over the past year and we are well positioned to reach levels of profitability that we are targeting. Our strategic decision to launch our new SaaS offering, Renoworks PRO and partner with Remote Sales Force are ways to tap into the large opportunity in the contractor market. With that said, we believe we are just getting started and management remains focused on growing our different lines of business to deliver continued growth in 2017 and beyond.”

Financial results from operations for the fourth quarter 2016 with comparatives for 2015 are as follows:

Financial results from operations for the year ended December 31, 2016 with comparatives for 2015 are as follows:

The Company’s financial position as of December 31, 2016 with comparatives from 2015 is as follows:

Adjusted EBITDA is a measure not recognized under IFRS. However, management of Renoworks believes that most shareholders, creditors, other stakeholders and investment analysts prefer to have these measures included as reported measures of operating performance, a proxy for cash flow, and to facilitate valuation analysis. Adjusted EBITDA is defined as earnings before interest income, taxes, depreciation and amortization, stock based compensation, restructuring costs, impairment charges and other non-recurring gains or losses. Management believes Adjusted EBITDA is a useful measure that facilitates period-to-period operating comparisons.
Adjusted EBITDA does not have any standardized meanings prescribed by IFRS and therefore may not be comparable to similar measures presented by other issuers. Readers are cautioned that Adjusted EBITDA is not an alternative to measures determined in accordance with IFRS and should not, on its own, be construed as indicators of performance, cash flow or profitability. References to the Renoworks’ Adjusted EBITDA should be read in conjunction with the financial statements and management’s discussion and analysis of Renoworks posted on SEDAR (www.sedar.com). 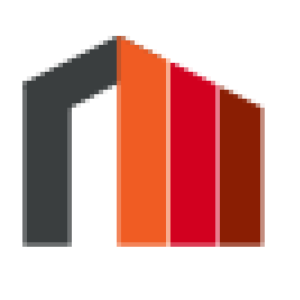 The new Renoworks Pro allows for rapid feature development, app deployment, and third-party integration. This enables the Company to deliver exceptional customer value and faster iteration cycles, ensuring that the solution is always up-to-date and relevant to the needs of remodelers. The Power of AI Design: 6 Ways Renoworks Pro is Changing